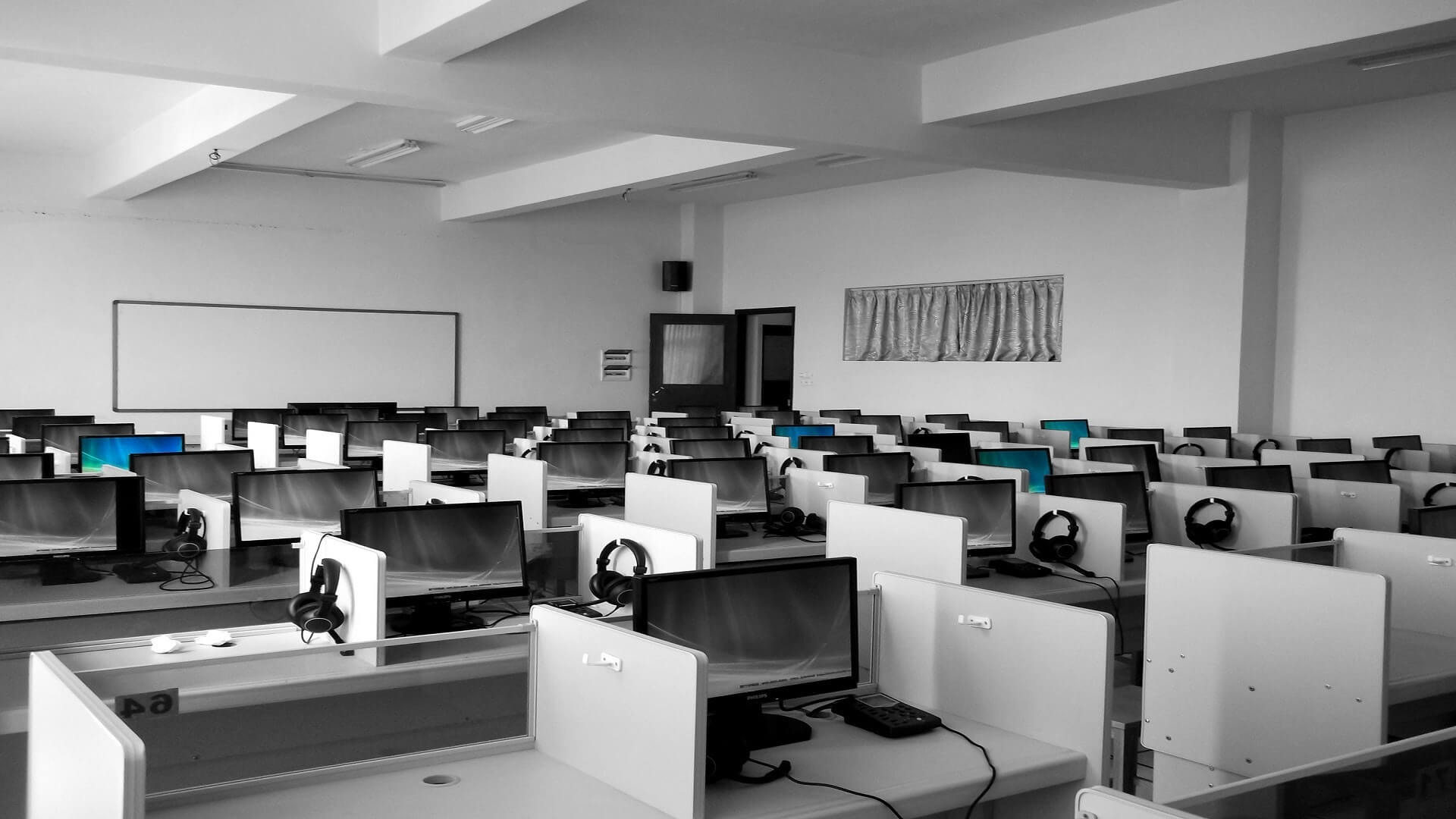 If you’re anything like me, you’ll have looked at the traditional 9-5 Monday to Friday work week more than once and thought “this is a bit Victorian, is it not?”

Well, you’re not far wrong. Much like our school system, the archetype of our working life was shaped during the nineteenth century, when the industrial revolution precipitated a move away from traditional ‘cottage industry’ in favour of the centralised factory system.

Previously rural workers would produce goods at home to sell to local communities, but advances in technology and the growth in urban population led to the building of large factories where hundreds of workers would labour together under one roof, producing goods with the aid of machines. Working conditions were dangerous, the hours were long, and workers had few rights and little protection from unscrupulous employers.

Thankfully employment law has come a long way since then, but the basic blueprint of work taking place in a designated building, during set hours, with employees having little or no control over what, how and when they do things is still very much the same.

For a large part of the working public the factories have been replaced by offices, the mill owner in a top hat by a business manager in a suit, and the majority are still deeply dissatisfied with their jobs.

Statistics Say We Hate Our Jobs

In 2017 Gallup’s poll of millions of workers worldwide found that on average 85% dislike their job, with 23% of those actively hating it. That’s a pretty depressing statistic.

But wait…it gets worse! Job satisfaction levels have remained virtually stagnant since Gallup started polling, almost twenty years ago, which shows that not only do we hate our jobs, but we will presumably continue hating them as long as current employment trends continue.

Part of it comes from the types of jobs we are engaging in. How many of us can say that we work in an area that genuinely motivates us, or that we take pleasure in? The hard truth is that you’ll struggle to get people excited about repetitive, monotonous jobs that could easily be done by machines.

However, that’s not to say there’s nothing we can do to make it easier to deal with the daily grind.

Japanese employees have some of the longest working hours in the world, with many companies requiring their employees to do at least 80 hours of overtime a month, often unpaid. That’s an extra part time job on top of your full-time job, and you’re working it for free! What is worse is that these hours are often more of a tradition than a real workplace necessity.

Japanese people work so many hours that they have a specific word for death by overwork – ‘karoshi’ – and the Japanese government literally had to pass legislation in 2018 banning more than 100 hours overtime in a month.

Despite this, Japan still has the lowest productivity level of any G7 nation, which just goes to show that long hours at the office don’t necessarily translate to increased output.

There is a substantial, and growing, body of evidence out there (for those employers willing to listen) which shows that granting employees greater freedom and autonomy over their working lives increases not only mental well being, loyalty and job satisfaction, but productivity as well, and it is slowly being taken on board. Maybe you’ve heard of the various companies taking it upon themselves to offer their employees a three-day weekend (with no reduction in pay), or the increase in the use of remote working and flexible hours? Adaptations like this can make a huge difference to how employees feel about their jobs, and I can say that with confidence because I have first-hand experience.

Your Employer’s Priorities Aren’t Your Own

Having come from working busy weekend breakfast shifts and late-night finishes in a hotel restaurant and bar, when I graduated from university and got my first ever 9-5 office gig I was over the moon. No more getting out of bed at 5am? A regular sleeping pattern? Not wasting your whole day doing a split breakfast/dinner shift!?

I would have signed the contract in blood if they’ve asked me to!

And the job was great. I was busy, it was relatively easy, and the office was always full of hilarity (a pro or a con depending on whether you were our manager or not).

Six months later we began working on a new contract which changed the office dynamic, and I was reminded of how demotivating it is to work for a large company whose priorities are not your own. It made me realise that what I had disliked about my previous hospitality jobs and this one was the same thing. Lack of control and no autonomy.

We’ve all been there. Whether it’s your sister’s birthday, your son’s school play or your granny’s funeral, people keep arranging their important events in the middle of your work week. How inconsiderate! Now you need to choose between offending your friends and family or using one of your precious holiday days, because God forbid any work should get done outside the hours of nine to five.

At Empowered by Cloud we do things differently. There is no office, everything takes place online and as long as deadlines are met and work gets done, you’re pretty much free to set your own working hours.

When you give someone that kind of  responsibility, you’re telling them that you trust them and their abilities, and it motivates them to live up to those expectations. When you hover over their shoulder it sends the opposite message, with the corresponding result. If you treat people like children, they will behave like children. As someone used to being micromanaged to a frustrating extent this is a level of freedom that I never expected to get working for someone other than myself, and it feels great!

Plus, benefits of the virtual office don’t just extend to the employees. Increased productivity and money saved on outlay for office space are great for the business, and even the environment benefits through reduced emissions – there are no printers or computers left on all night, or daily commutes in the car.

How Does A Virtual office function?

Of course, a virtual office presents its own set of challenges, but if you think about it, most activities in a physical office already take place online. Do you get out of your chair and walk to the other side of the office to speak to your co-worker? No, you email/instant message/phone them instead. Are your training courses delivered in person? Maybe now and then, but the majority are probably online videos that you watch at a computer. And I guarantee an internet connection is an essential factor in your office’s ability to function. In that regard the virtual and physical offices aren’t any different. Communication is the most important factor. We have the same daily/weekly meetings to update each other on workloads, they just take place on Slack instead of face to face.

Slack is a fantastic app that allows for numerous different conversations to take place at once and keeps everything together rather than it being spread across email and various messaging apps. Group conversations are split by topic and allow you to add only the relevant people to each one, and it also supports direct messaging and integration of other useful apps such as Zoom and OneDrive.

The visual element of communication might be something you think you would be lost in an online setting, but with today’s technology that’s not the case. Zoom can be used to integrate video conferencing into Slack for ‘face to face’ meetings, and Loom allows you to create and share videos. Yes, the names are very similar. Yes, it is a bit confusing.

For example, one of my first tasks in my new role involved data entry in Xero, but I had never used Xero before, so I needed someone to walk me through it. Rather than writing out a long set of instructions, Laura was able to use Loom to capture video of her screen and audio of her voice to show me very quickly what I should be doing to email over to me. I was then able to complete the task on the sofa with my hot water bottle (it’s getting chilly out there). That beats a cold commute in the dark any day.

The way we work is changing

Of course, remote working won’t fit every business model. Unfortunately, some jobs do require you to be on the spot, performing tasks in a specific place. But for those that don’t, it’s worth thinking about how our working lives are going to look in the future.

The rise of AI and machine learning, use of machines to perform manual tasks and our increasing connectedness through technology are changing the way we work, and the old model should adapt to reflect this. It’s time to bring our working practices into the 21st century.

We use cookies to ensure that we give you the best experience on our website. If you continue to use this site we will assume that you are happy with it.OkPrivacy policy